An Unfortunate Tale of Intellectual Property Theft: How to Protect Yourself 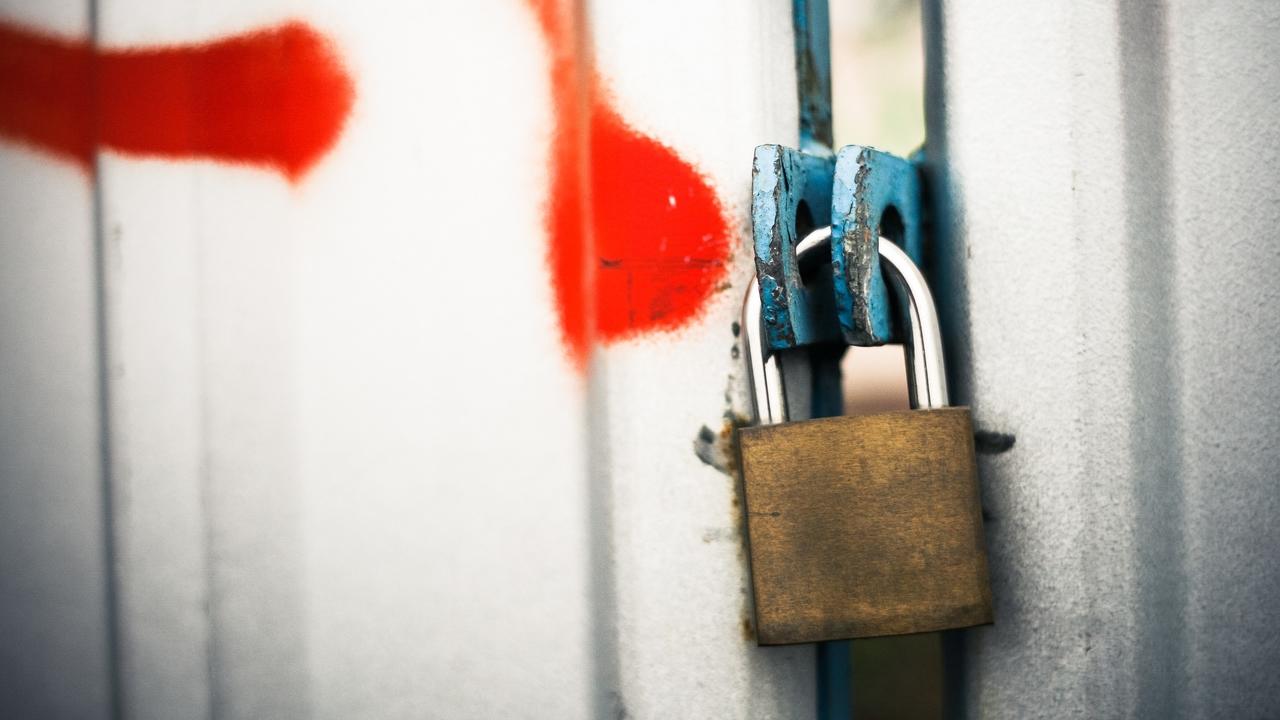 Intellectual property theft is a common and unfortunate issue that online business owners deal with, and many don't know how to handle it when they come across their content (whether it's images, written content, or other intellectual property) on other people's websites, online stores, or social media pages. 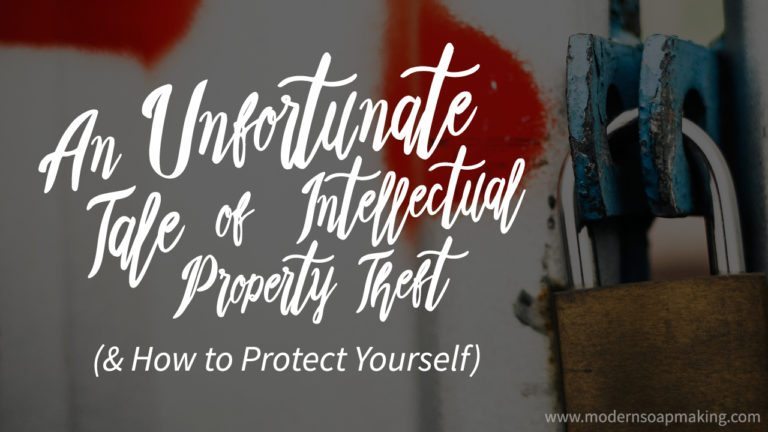 An Unfortunate Tale of Intellectual Property Theft (& How to Protect Yourself if You Find Yourself in the Same Shoes!) - stock photo via viktor hanacek

While my own part is this horrible instance of intellectual property theft was a recent occurrence and a very small part, this particular tale started years and years ago.

At the time, Lori was one of the very few soapmaking teachers who were offering their written class materials (handouts) via their website, and she grew concerned when she saw that the Jacksonville studio was doing the same. At the time, this was a relatively unusual in the handmade soap industry (my, how far e-commerce has come!) However, Lori noticed something even more disturbing: the description of the handouts sounded extremely familiar to her.

Lori placed an order from the Jacksonville soapmaking studio for handouts related to any/all products that sounded oh-so familiar to The Nova Studio and their offerings. A few weeks later, when the envelope of handouts arrived, she couldn’t believe her eyes when she discovered she had in fact purchased her OWN Hot Process Soap handouts from someone else. The owner of the Jacksonville soapmaking studio slapped her own cover sheet on direct photocopies of Lori's handouts (with Lori's name covered up, of course!) and was selling them as her own... 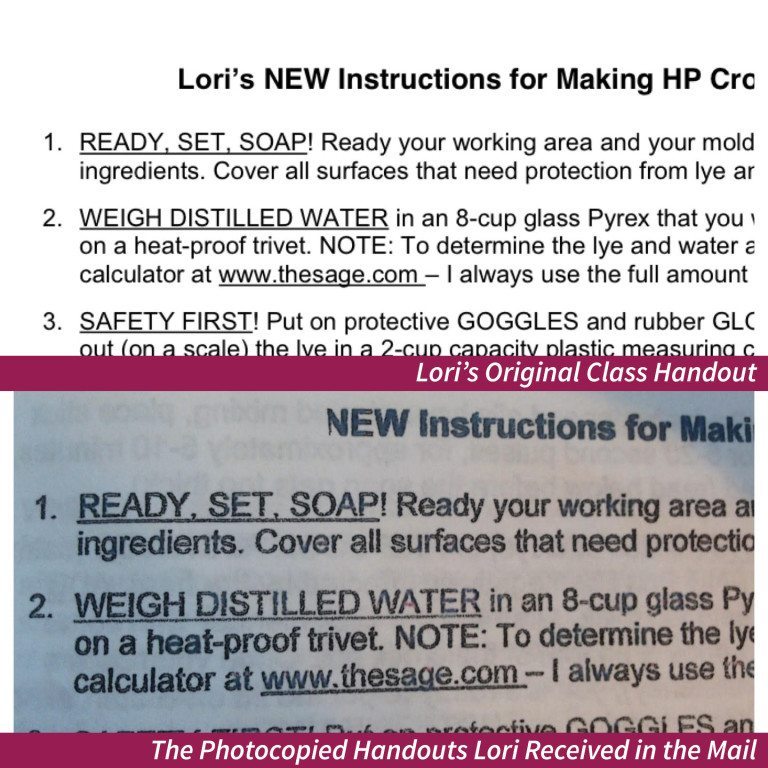 The screenshots below were supplied by Lori from The Nova Studio, I appreciate her willingness to share her part of the story.

Lori's favorite part about this was that the section of her policies that said she once had a dog, a baby, and a 5-year old all show up for the same sold out class was also copied. It's quite unbelievable that it would happen to someone else!

Digging a little deeper: It turns out the rabbit hole just keeps going! In 2010, the soapmaking studio was using class descriptions from Marla Bosworth of Back Porch Soap. The Jacksonville soapmaking studio even went as far as using photographs from classes Marla was teaching which showed Marla and her students on their website, as if the teacher and students were at the studio in Jacksonville, Florida. Marla had managed to get the website removed from the internet, and thought she had it taken care of.

But lo and behold, in 2011, Marla found that she was at it again with copying her class descriptions, as well as others. In fact, Marla was the very person who tipped Lori off about the stolen content. Marla did her best to get the word out about how the studio was using other teachers and their content to facilitate its own content and classes. It was even mentioned that the Jacksonville soapmaking studio was banned from being able to join the Handcrafted Soap & Cosmetics Guild due to the theft!

To add icing on the horrible thievery cake, the Jacksonville soapmaking studio was also selling handouts containing content created by Anne-Marie Faiola of Bramble Berry and SoapQueen.com! Within the studio's Beginning Melt & Pour Soapmaking handout, students would find the directions and photos from Anne-Marie's Fortune Cookie Soap tutorial that she posted on SoapQueen.com in May of 2009. 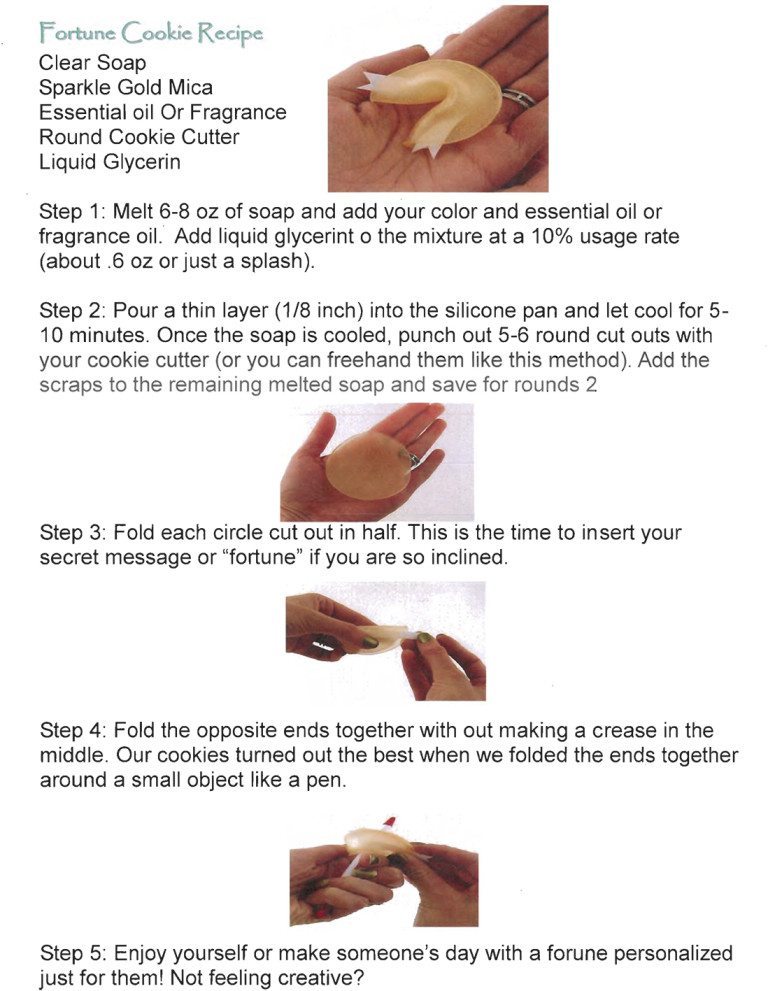 In the pages of the studio's Soapmaker Bootcamp #3 handouts, students were introduced to natural colorants using directly copied and pasted descriptions from products sold on Brambleberry.com. 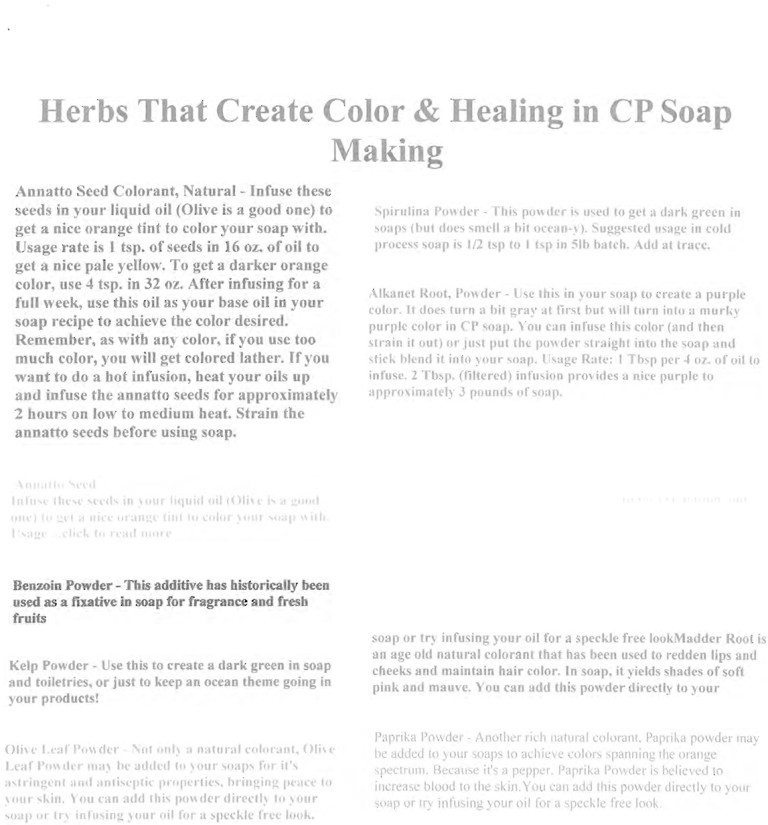 The scans above were provided by Anne-Marie Faiola, the owner of the copyrighted content shown. Thanks, Anne-Marie!

At the time, the studio claimed that they had sold very few handouts online, even stating that many of them were sold to law firms. The owner of the Jacksonville soapmaking studio also claimed that she had made a total of $30 from the handouts - which would be the case if no one else had bought them besides all the teachers & lawyers who were investigating if the handouts' content was stolen!

(There were other teachers who also experienced intellectual property theft and were affected by the Jacksonville soapmaking studio's sale of handouts, but I have not received permission to share their stories.)

Fast forward to now: The Nova Studio gave me a heads-up on a stolen image on this Jacksonville soapmaking studio's website from my own content here on Modern Soapmaking earlier this year (2016). She gave me a little rundown on the history so I would be prepared. 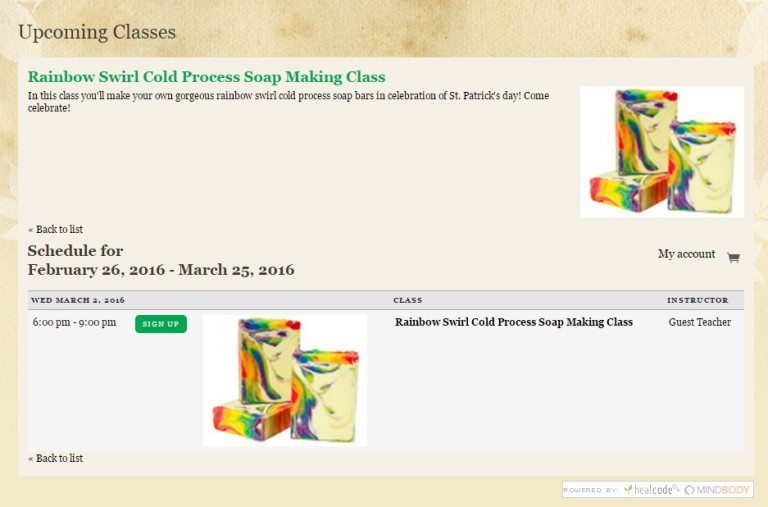 My photograph from the Rainbow Clyde Slide Soap Tutorial being used to sell classes by another studio.

I popped over to the studio's website, and found my photo pretty quickly. While it's clear that this is my photo from my tutorial, the biggest issue for me was that a "Guest Teacher" was listed, which could imply to anyone who was familiar with my content that *I* was teaching it!

Since I knew that previous C&D letters were unsuccessful, I immediately moved on to doing a WHOIS search to locate the studio's website hosting company. Unfortunately, their WHOIS records were masked and generic contact information was shown. This is extremely common nowadays, and while it works, it is much slower than tracking down the proper website host. I moved on to find out who was hosting it from WhoIsHostingThis.com, and found that Weebly hosts the website.

Weebly complies with the Digital Millenium Copyright Act, which means that if one were to file a notice notifying the host of infringing material on one of their hosted websites, they will act on it to retain their protections from financial liability granted to them in the DMCA. (The DMCA has other many controversial issues from the civil rights and other fronts, but that's another discussion for another day!)

After wrapping up the quick and easy process of filing a DMCA notice to Weebly, I went back to the Jacksonville soapmaking studio's website to make sure there wasn't any other photos. Lo and behold, there were many more... but they weren't mine.

Filing a DMCA notice requires that you are the copyright holder or an agent authorized to act on their behalf, which I wasn't and am not. So, I proceeded to notify other soapmakers who were affected as well as asking other soapmakers to help me identify stolen intellectual property on the Jacksonville soapmaking studio's website. Some of the soapmakers affected were Emily of Shieh Design Studio, Celine of Soaperstar/I Am Handmade, Zahida of Handmade in Florida, Danielle of Xplosive Cosmetix, and more.

The screenshots below were supplied by myself, Emily and Celine. I appreciate their willingness to allow me to include them.

Emily, Celine, and Danielle all sent emails to the owner of the Jacksonville soapmaking studio to request they take the images down, however, their emails were outright ignored. After that, Emily and Celine both requested the studio remove the photos by posting on their Facebook page. Emily moved on to filing a DMCA notice with Weebly as the photos remained on the page after a day. Celine, being from the outside the USA, was unable to file a DMCA notice but pressure from fans of Celine's work on social media got the photo removed.

The Jacksonville soapmaking studio posted on their Facebook page that their website was under maintenance for a brief period to remove two photos submitted by the studio's teachers to accompany their classes. The studio claimed in that Facebook post that they were allowed to use the photos because they were not copyrighted.

Clearly, there were many more than two photos being used without permission. Celine's and Danielle's photos were being used on classes being taught by the studio owner herself (the same woman who Lori had the misfortune of dealing with in 2011.) Additionally, all photos used retain copyrights to their owners.

After several days, no one had received an email response from the studio owner, and when the website returned online, there were still photos being used without permission from Danielle and other sources. Danielle had not filed a DMCA notice at this point, so it's clear that the studio owner was ignoring written requests (as Danielle had sent one) and filing a DMCA was the right way to go. (Danielle says she will be doing so in hopes of getting the photo removed.)

While I deal with intellectual property theft often enough (more often than I would like!), most cases are easily resolved by sending a note to the infringer and asking them politely to remove your copyrighted works/content. Most of the time, the offending party isn't aware that what they are doing is actually a violation of intellectual property law and happily obliges!

(More information about how you can legally use content found on the web, and why these photos and class descriptions were not up for grabs can be found in this article I wrote previously.)

However, in some cases, like the ridiculous story above, the offending party does not have any respect for intellectual property and continues to take advantage of the fact that many other small business owners may not have the time, money, or resources to pursue legal action or hopes that they are too small potatoes to be worth the legal fight.

If your content is found online through a provider in the United States (and you are located in the USA), you may have the option of filing a DMCA notice to get the content removed. Most hosting companies, social media networks, and the like, have DMCA policies in place. Here are some resources if you need to file a DMCA notice: