Find Out How Sweaty Workouts Inspired a Successful Soap Biz 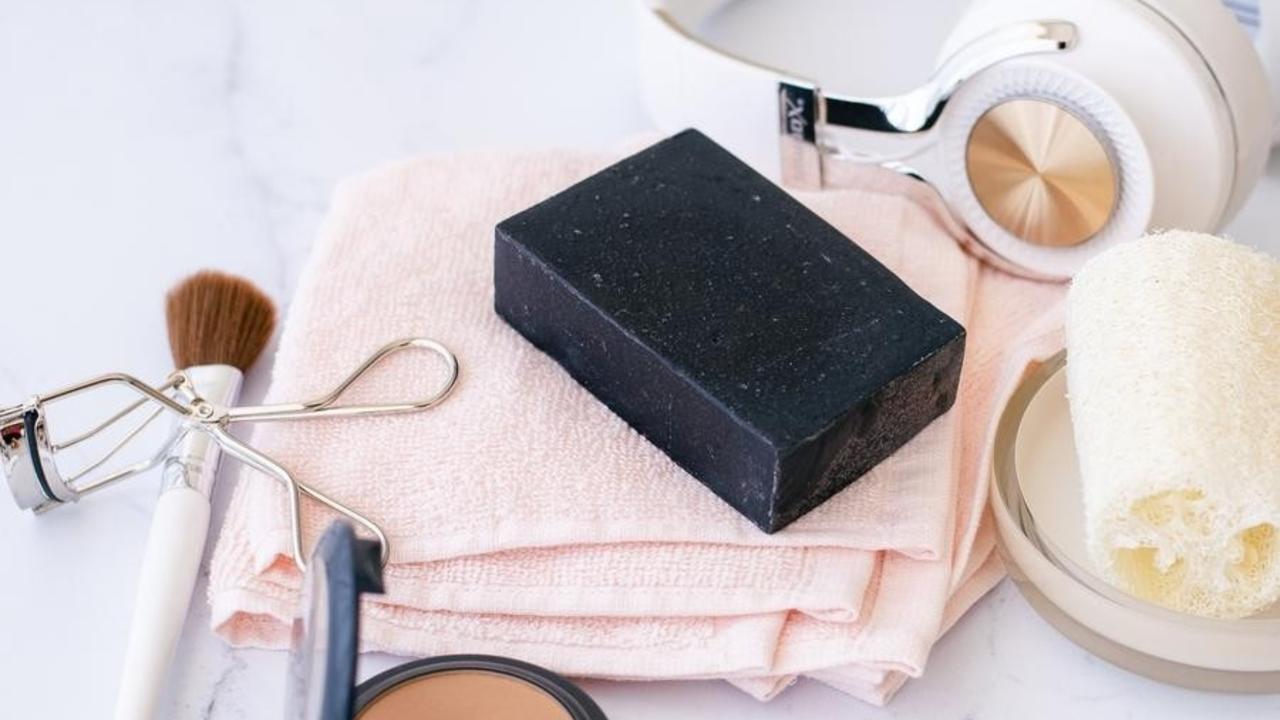 What happens when your sweaty ass boyfriend comes home from jiu-jitsu and wants to get it on?

If you're like most women, you make that stinky man hop in the shower before laying a finger on you.

But you're not. You're a soapmaker.

And so is Carina, the badass brains behind today's Soapmaker to Moneymaker graduate feature.

Carina's boyfriend made this move. And she made hers: deciding to launch a soap company specifically for sweaty people.

And when she did the market research, she narrowed in on athletic women, because surprise - sweaty men have plenty of options custom tailored to their sporty nature. (Damn that patriarchy.)

Carina started to head down the same rabbit hole most soapmakers do when launching their company: figuring this ish out. Then, she got wind of Soapmaker to Moneymaker, Modern Soapmaking's eight-week program to help soapmakers start a soap biz from start to finish.

She bounced back and forth about whether or not to plunk down the cash. She had just started researching her biz idea. Ultimately, Carina kept those dollars in the bank, not quite sure if she wanted to start her biz or not.

A month later, she was knee-deep in bringing her biz to life and was kicking herself for passing up Soapmaker to Moneymaker. Unsure of her next steps, Carina tried to piece everything together. But, she doubted every decision she was making.

Lucky for Carina, we popped registration for Soapmaker to Moneymaker back open a few weeks later. This time, she didn't even hesitate to click add to cart and grab her seat. She was one of the first students in line!

Carina knew she didn't want to make any mistakes or waste time fudging around trying to figure everything out alone. She decided (rightfully so!) that investing in herself and her education was the smartest move she could make.

A few days after signing up for the program, Carina excitedly shared the soapboxes a designer created for her (prior to S2M) in our public Facebook group. Much to her dismay, I burst her bubble. I advised her to hold off on getting those boxes printed until she finished the Soapmaker to Moneymaker program.

Carina says holding off was one of the best pieces of advice she's ever gotten. Six months later, she has her final boxes in hand and her brand in launch mode. She saved hundreds of dollars by pumping the breaks on one major mistake. Just one of many that S2M saved her from.

Carina says that out of the whole class the two modules stood out the most for her were Module 2: Money Talks and Module 3: Brand Me, Baby. Finances and branding were where she was struggling the most in starting her biz. By zoning in on the coursework and following through, she was able to completely change the game for her biz.

When she tried to go it alone, Carina skipped over vital financial information because she didn't understand the terminology or the importance to her biz. But, Money Talks boosted her confidence and gave her an arsenal of knowledge to pull from when making money decisions. Plus, she's paying herself from Day One.

Within Brand Me, Baby, Carina found the information she needed to speak directly to her target market. And, she learned how to get them to fall in love with her brand. She identified (and solved) their problem: sweaty, sensitive skin that needs special pampering after a hot and heavy workout.

Carina is no stranger to juggling a lot to accomplish her goals. She has a toddler son and a job outside of her business. So, she's always thinking of smart ways to tackle her goals. (Y'all, we've seen her turn toy cleanup into a workout on Instagram - what?!) On top of her busy life, she busted her way through Soapmaker to Moneymaker to launch Sweat Pretty Soap.

Carina mentioned that even though the program was a lot of work and required dedication (like all good things!), she felt super supported on her journey. Our team answered every question she had throughout the program - often instantly or within the same day.

We asked Carina what surprised her the most as a student of Soapmaker to Moneymaker. She said she didn't expect all the knowledge served up in the program. While watching lessons in the branding module, she kept finding her questions being answered right in the pre-recorded videos before she could even ask them.

She said it was shocking how much information was in the program. We advertise Soapmaker to Moneymaker as a step-by-step guide to get your business where you want it. We mean it, and Carina can vouch for that!

When Carina started Soapmaker to Moneymaker, she had an idea and a vision. Within the two months after the program ended, Carina built a tight-knit Instagram community that is invested in her story and brand, a growing email list, and a beautiful on-brand website. People were begging her to starting selling her product!

In the weeks since we caught up with Carina, she successfully pre-launched her product and sold almost four times her targeted sales in a weekend preorder event! (And she did it at a higher price point than she ever thought was possible. Boom.)

Carina is no stranger to the investment required to snag a seat in Soapmaker to Moneymaker. (So, if you're on the fence, listen up.) Between the program registration fee and the hours of work to complete the program, did she feel it was worth it?

Yes! Here's what Carina had to say...

"I think every soapmaker needs to take it if they want to take it to the next level. If they are fine being burned out and continuing to make soaps that aren't profitable, then don't do it. But if you want to have a profitable business, you need to take Soapmaker to Moneymaker."

What would our active, sweaty, and clear-skinned S2M graduate say if she could go back in time and talk to the version of her self that passed up on Soapmaker to Moneymaker?

You heard her. Grab your seat in Soapmaker to Moneymaker and go for it. Maybe the next Graduate Feature will be about your badass biz!