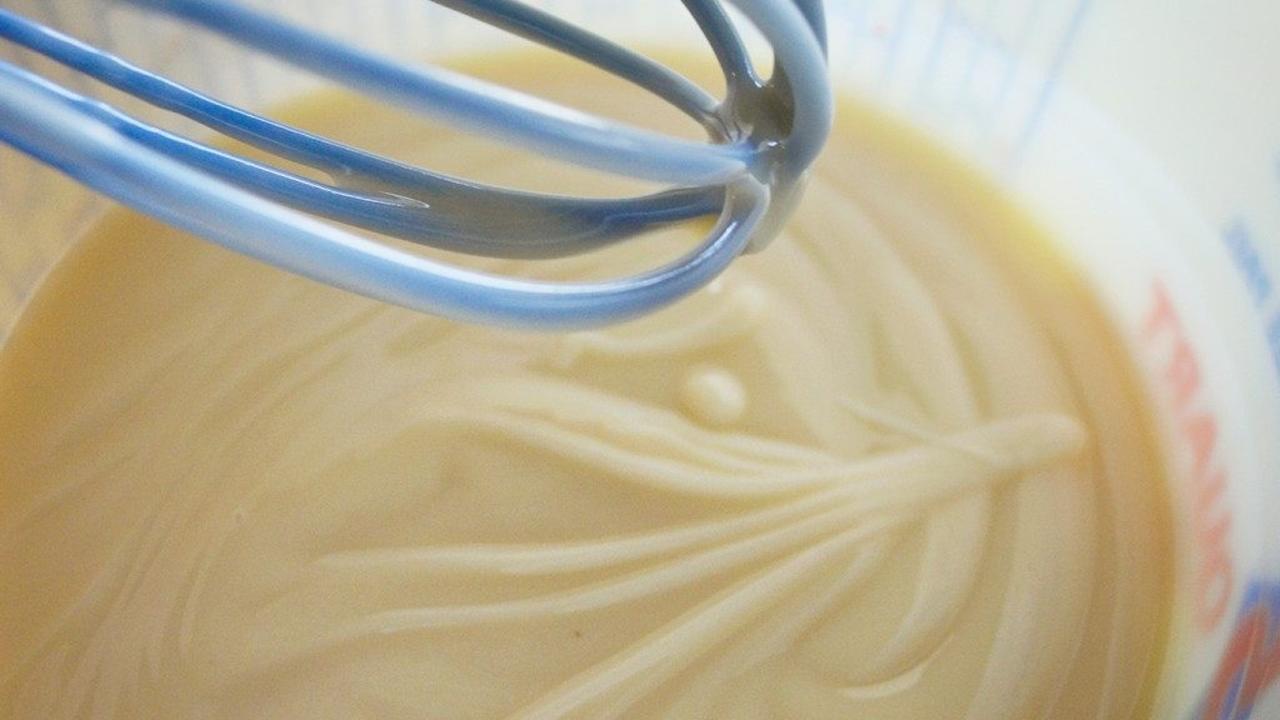 Every time I work with soapmakers, I find that a large number of them allow the soapmaking process to control them rather than taking control of the process themselves. This usually manifests in being afraid of trying new design techniques or creating intricate and complex formulas. Getting comfortable with the soapmaking process and understanding how each part of the process works helps a soapmaker take control and relax! 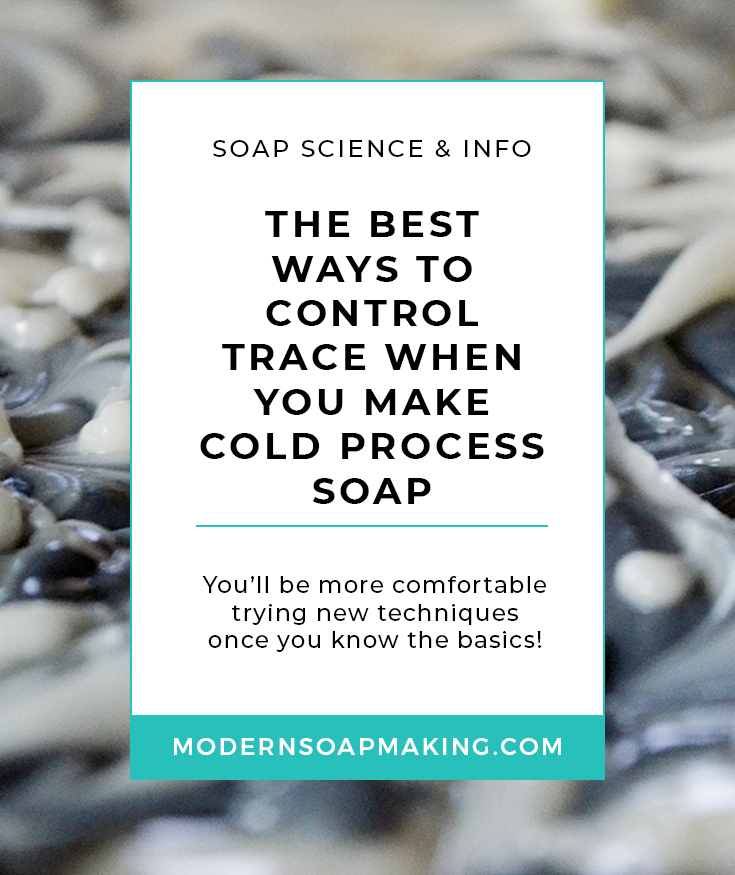 What is Trace in Soapmaking, Anyways?

When mixing the oils and the lye solution together, many soapmakers are taught to continue mixing their soap until they reach trace, which is when the raw soap begins to thicken. There are various stages of trace, and each is defined by how thick the soap batter is. 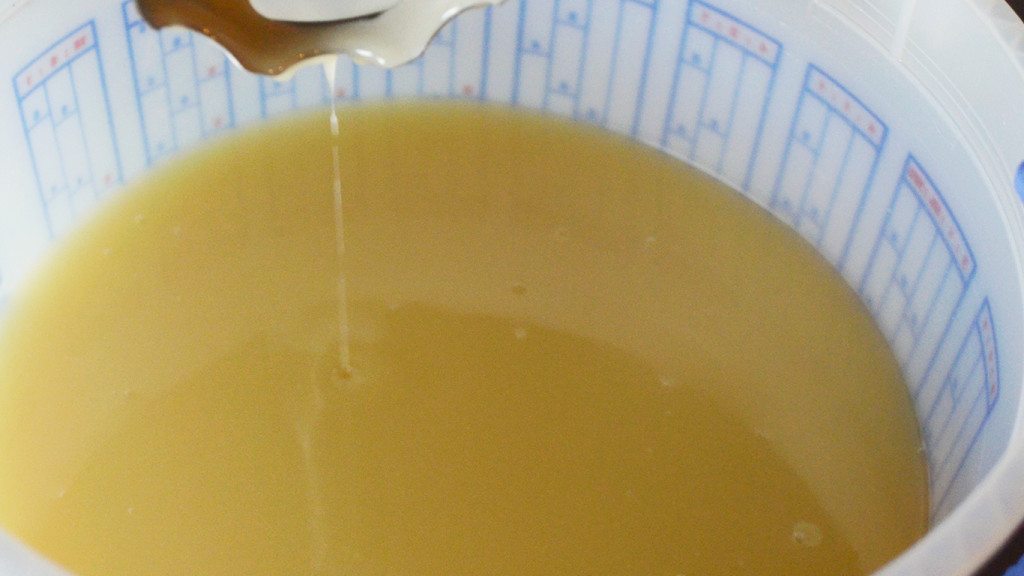 Emulsification in cold process soapmaking: All the traces of oils are gone, but it is still thin and liquidy.

You'll notice in many of my tutorials, the instructions call for mixing your to emulsification before starting the process of adding colorants or other additives. One reason to stop at emulsification rather than trace when you make cold process soap is because it allows more time to incorporate colorants and additives. You can always stick blend the soap more to reach light, medium, or thick trace. However, you can never undo the amount of mixing and thickness of a soap at trace! 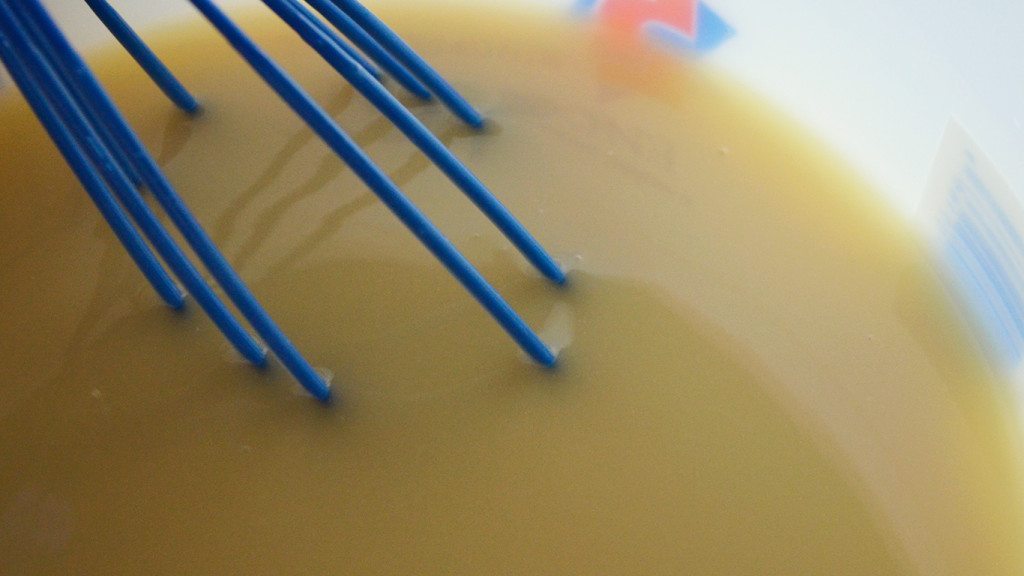 A very thin trace in cold process soapmaking, the soap sinks back into the mix quickly.

Light trace is when there is no streaks of oil left in the raw soap mixture, and when the soap is the consistency of a thin cake batter, a barely thickened mixture. If you dip a spatula in lightly traced soap and trail it over the surface of the soap, it will sit on top of the surface of the soap for a second and then sink back into the mixture. Thin trace in cold process soapmaking is typically ideal for any type of swirling, especially if you want to create thin wispy swirls. 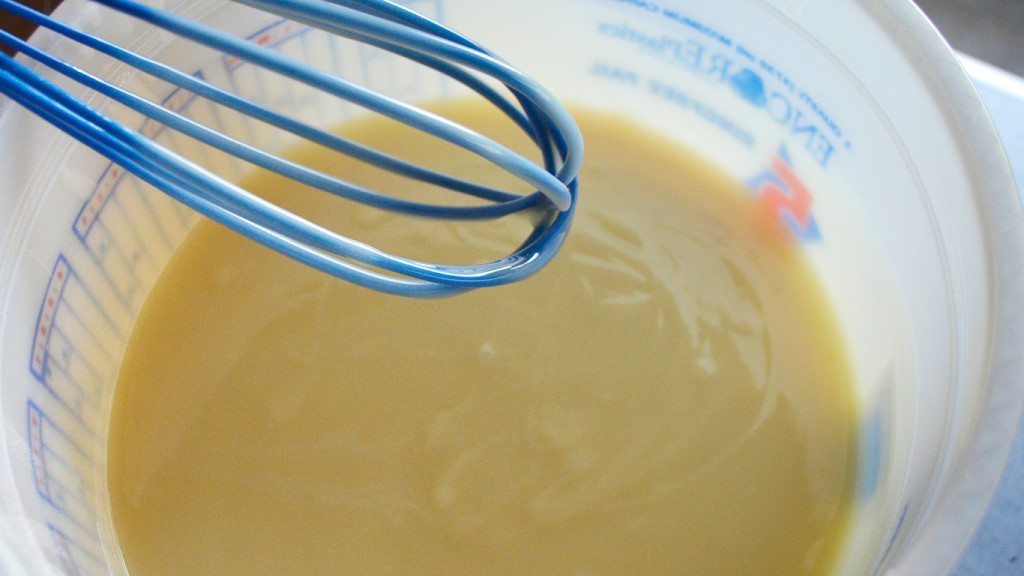 A thin to medium trace in cold process soapmaking: The soap sits on top of the surface and does not sink back in (this particular photo shows it slightly sinking in!)

If you contine mixing past light trace when you make cold process soap, you'll reach medium trace. The consistency of medium trace is similar to thicker cake batter, and is moderately thick. When you dip a spatula in medium traced soap and trail it over the surface, it will sit on top of the surface of the soap and not sink back in. Medium trace in cold process soapmaking is a great time for a lot of design techniques where a thicker swirl or more structural support is necessary, as well as adding chunkier additives like herbs or embeds of soap. 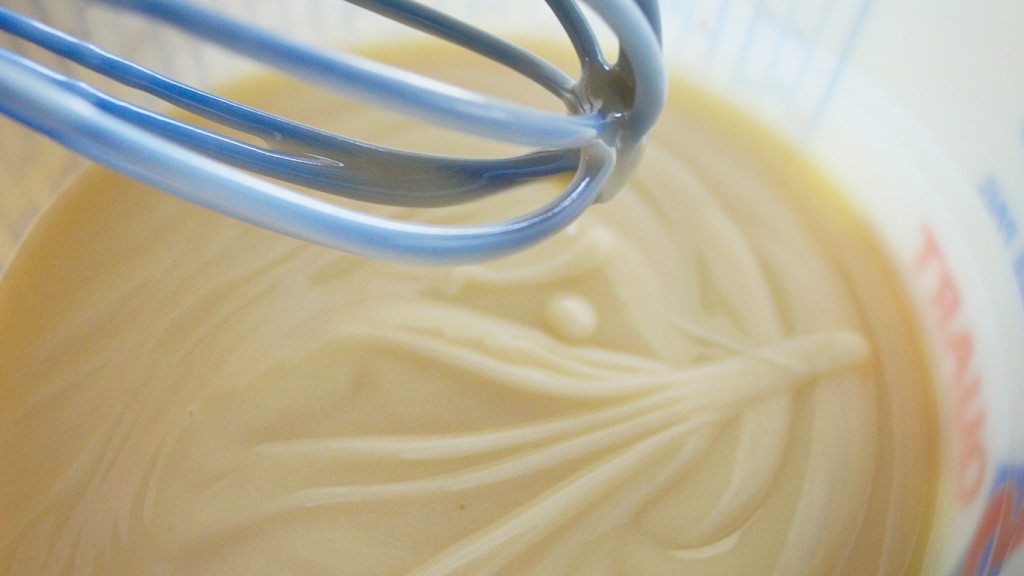 A medium to thick trace in cold process soapmaking: The soap sits on top of the surface and does not sink back in, it doesn't quite hold its shape yet, though.

Thick trace in cold process soap is usually when soapmakers start to panic, but it's one of my favorite consistencies to work with! Thick trace is more like a pudding or custard in consistency, and is difficult to pour. The soap holds its shape when manipulated. Thick trace is the perfect stage to create layers of soap that support one another, as well as creating texture on the top of a batch of soap. Rather than trying to pour thick traced soap, it's better to scoop it with a spatula. 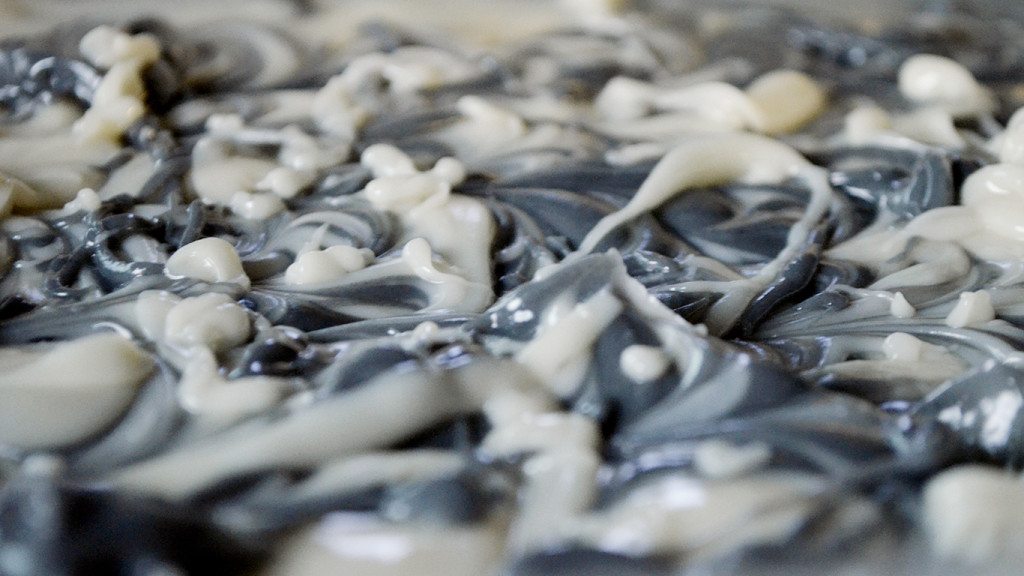 Thick trace in cold process soapmaking: the soap holds its shape and has a very thick consistency, but is still workable!

When you want to create intricately designed soaps, use a lot of additives, or apply complex techniques to your soapmaking, it’s important to understand that there are huge variety of factors that affect how quickly a soap recipe thickens or traces. Here are the most common factors you'll encounter:

Controlling each factor will help you control how quickly the soap moves and sets up, giving you more time to create the cold process soap designs and formulas that you want. You can control each factor independently, or counteract a problem with one factor by controlling another. For example, if you need to soap at a higher temperature to incorporate beeswax, you can reduce your amount of mixing, increase the water amount, and avoid using catalysts.

The oils in your formula will largely dictate how the soap formula performs during the soapmaking process. For some reason, fatty acid profiles are not commonly taught in beginner soapmaking books and classes. I think this is a huge misstep! Understanding the fatty acids in your soap formula’s base oils can go a long way for formulating and controlling recipes, as well as the process of soapmaking itself.

An example of an oil that doesn’t follow this profile is Castor Oil, which is high in ricinoleic acid, an unsaturated fatty acid - it can accelerate trace when used in high amounts and can make a soap rubbery rather than hard or soft.

There is an easy way to determine how quickly a cold process soap formula will trace when looking at the fatty acid profile, and that's simply to plug your recipe into Soap Calc or Soapmaker 3. You can either look at the total of the saturated vs. unsaturated, or add them together yourself. (Saturated= Lauric, Myristic, Palmitic, + Stearic. Unsaturated = Oleic, Linoleic, Linolenic + Ricinoleic.) 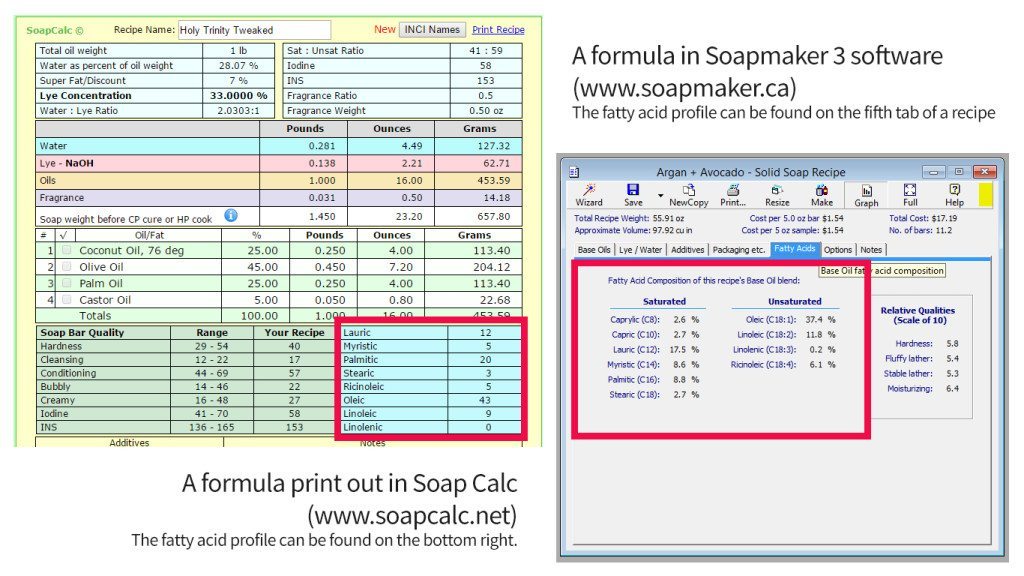 If you are using a recipe that is higher in saturated fatty acids, you may want to exercise caution with other factors (like water discounts, temperatures, mixing, and catalysts.)

Another common factor in oils that you may be unaware of when it comes to base oils is adulteration. I always recommend purchasing soapmaking oils from reputable suppliers, as many grocery store oils are adulterated. This may mean that they contain other oils (blended) or other additives, which makes them unsuitable for soapmaking.

How Your Temperatures Controls Trace in Cold Process Soapmaking

The temperatures in both the soapmaking ingredients and the room temperature in which you are making soap can affect how quickly a soap traces. The higher the temperatures, the faster the trace times. Ideally, your temperatures should be below 110 degrees F for best results. 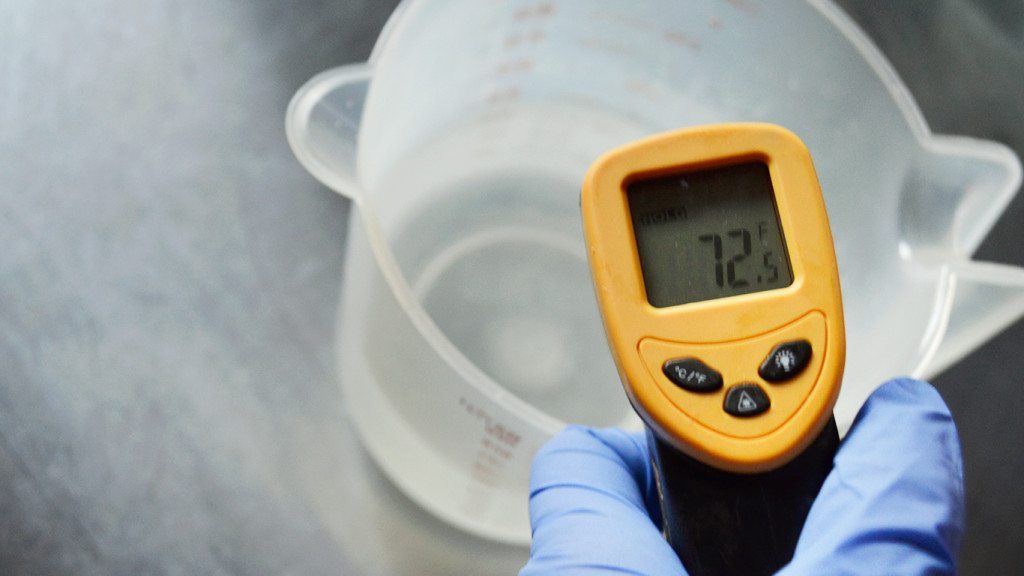 This lye solution was made days in advance and has settled to "room temperature." Absolutely no heating is required!

Your temperatures of your lye solution and oils do not need to be within 10 degrees of each other. The only issue you may encounter is false trace or uneven saponification, and that usually occurs when your oils are lower than their melting point during saponification. 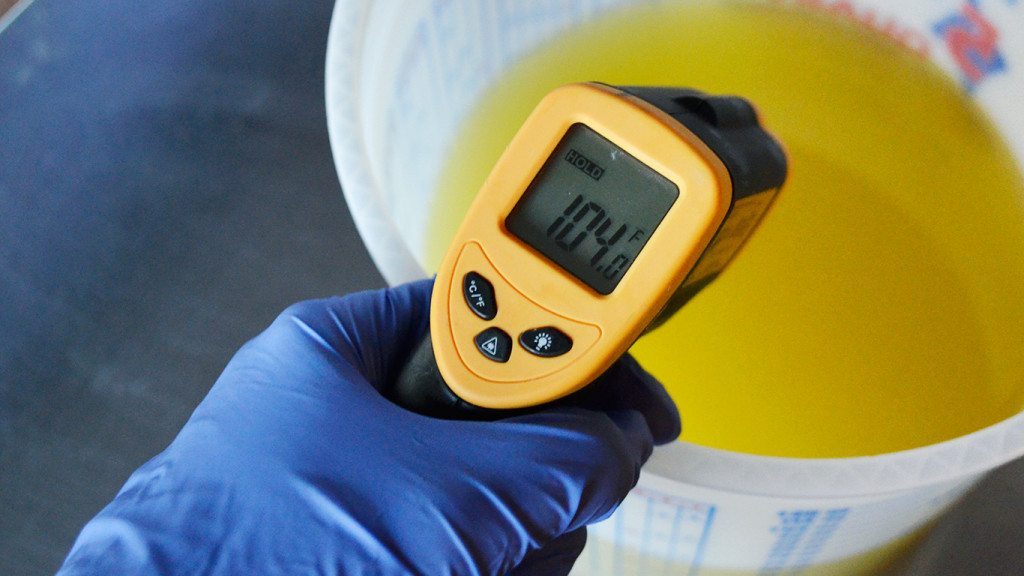 Using an infared thermometer to monitor the temperature is recommended: no dirty thermometers to clean!

If you get too low on your temperatures (below 85 degrees F), you may encounter false trace in cold process soapmaking . This isn’t really trace at all, even though it looks like it's' grainy cousin.

If you encounter false trace, do not pour your soap into the mold! Keep stirring with a whisk or pulse your stickblender - the action of mixing will help create friction and heat, getting everything evenly distributed again!

How The Speed & Amount of Mixing Affects Trace in Soapmaking

When it comes to the amount and speed of mixing, I’m pretty infamously known for telling soapmakers to put down their stick blenders, and have been known to advise soapmakers who have never hand-stirred a batch to give it a go. The reason for this is because most modern soap makers have become dependent on this little power tool and are usually using it too much. If you’ve ever watched one of my videos, you’ll see me stick blend for minimal amounts of time - anywhere from 15 seconds to a minute. That’s it. ;)

(Don't get me wrong, I love my favorite stick blender. I just use it in moderation!) 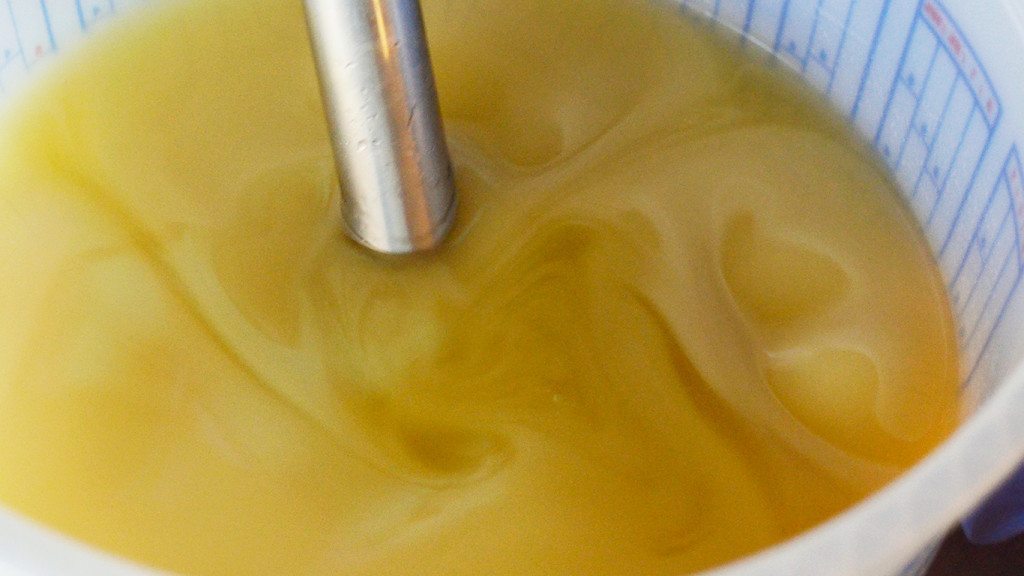 Pulsing your stickblender to reach an emulsification is ideal for any design! This soap is not quite emulsified, as there are still ribbons of oil in the mixture.

When you are aiming for intricate designs, I recommend using short bursts with your stickblender to initially mix your lye solution and oils together, and then switch to using a whisk. If you know you are going to deal with some heavy contenders for accelerated trace (higher temperatures, lower water discount, etc.), use a whisk from the get go. No one says you have to use a stick blender or any other power tool to mix soap! Besides, you can always mix your raw soap mixture more, you can’t un-mix!

How Your Water Amount Influences Trace in Cold Process Soapmaking

The amount of water in a formula also affects how quickly soap traces. The higher the water discount, the faster it will trace in cold process soapmaking. If you are aiming for intricate designs, you will likely want to use a 25% to 33% lye solution to give yourself the maximum amount of time.

One thing to keep in mind is that the higher the water discount, the shorter the temperature phase during saponification will be, which often results in partial gel. If you are keeping your temperatures low and use a higher water discount, you will likely need to force gel by using a heating pad or insulating the soap well (if you want to gel.)

Catalysts are a wide variety of additives that can be added in soapmaking that can increase how quickly the soap traces. They include (but are not limited to!):

Mixing your fragrance into your soaping oils before adding your lye solution will help dilute the fragrance and give you more control. Fragrances with mint, citrus, and bakery scents usually move slowly. Remember, this is just a guideline - not all florals will accelerate, and not all mints will behave!

If you use a water replacement liquid with alcohol or sugar, you may want to use lower temperatures and skip the water discount to give you the most working time.

And there you have it - all the factors you need to look at when controlling trace in cold process soapmaking!

When you take the reins of the soapmaking process and stop letting it dominate you, you'll have much more confidence which leads to success in creating intricate designs, beautiful swirls, and complex cold process soap formulas. Since each recipe is different, you can now apply what you need to your formula when you need it!

How to Use Your Soapmaking Skills for Soap Business Success
How to Invest in Your Soap Business's Success Wisely
Three New Team Members? Again? Yup! Come Meet Them 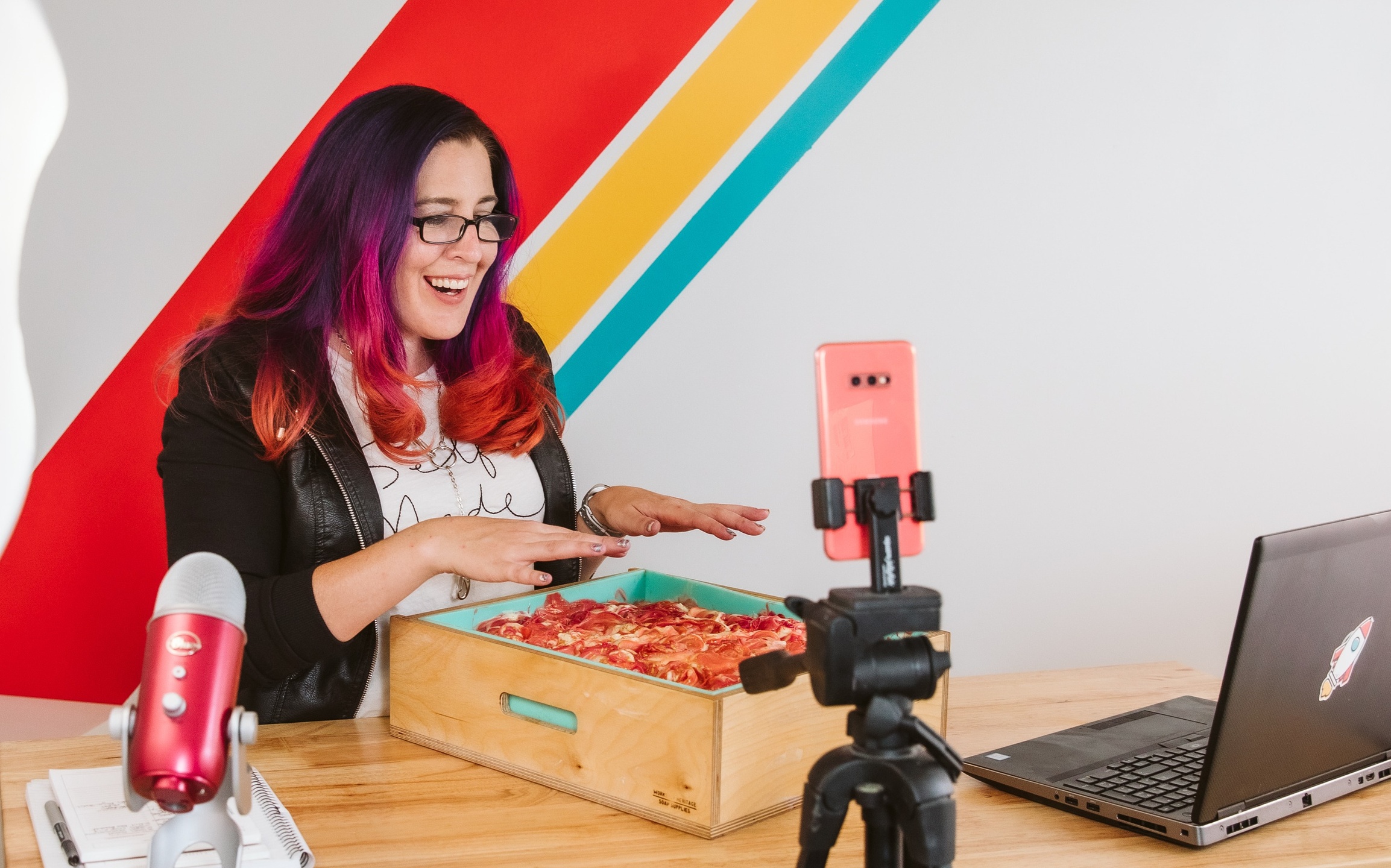