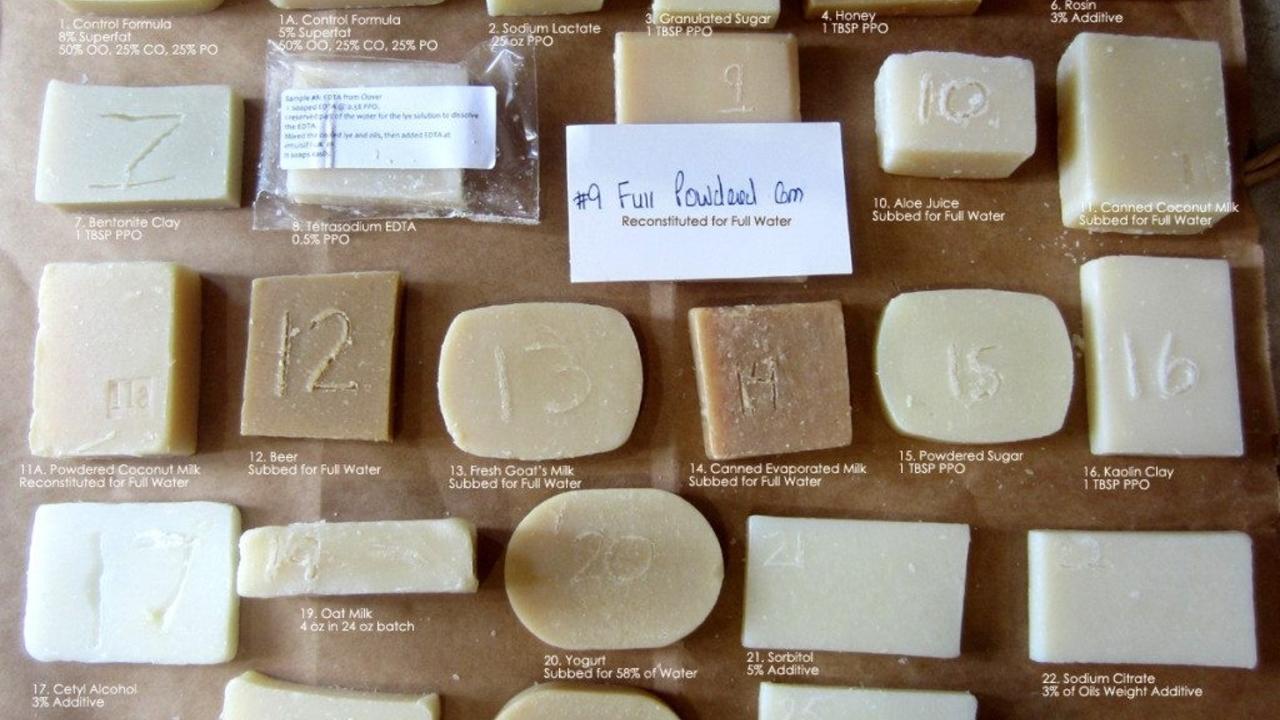 The biggest part of soapmaking that I enjoy is formulating and testing. Trying different formulas, additives, fragrances, and colorants add up to a lot of testing over the years.

Last year, I finally branched out and started getting in touch with the vast soapmaking community online. Before that, I was on my own. Many years ago, I had stumbled across Kathy Miller's website which was my introduction to soapmaking. After devouring all of the information she had available, I set sail and started charting my own course - testing and formulating on my own. 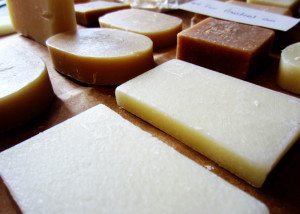 If I had joined in on the small (but very much so out there!) soapmaking community online back then, I probably would have saved a ton of money on testing (as soapmakers tend to be very eager and happy to share all of their results.)

This year, on The Dish (which is an amazing forum full of soapmakers and soap lovers), I joined a swap with the sole purpose of testing different additives and their influence on lather.

Each of the soapmakers who joined in made the control formula with the addition of one additive during the week of January 1st, 2012. This ensured all the soaps were of similar age and formula, leaving the additive the only major variable between each bar.

Each soapmaker received a bar from every other soapmakers batch, leaving us with almost 30 different bars and additives to test and ponder. 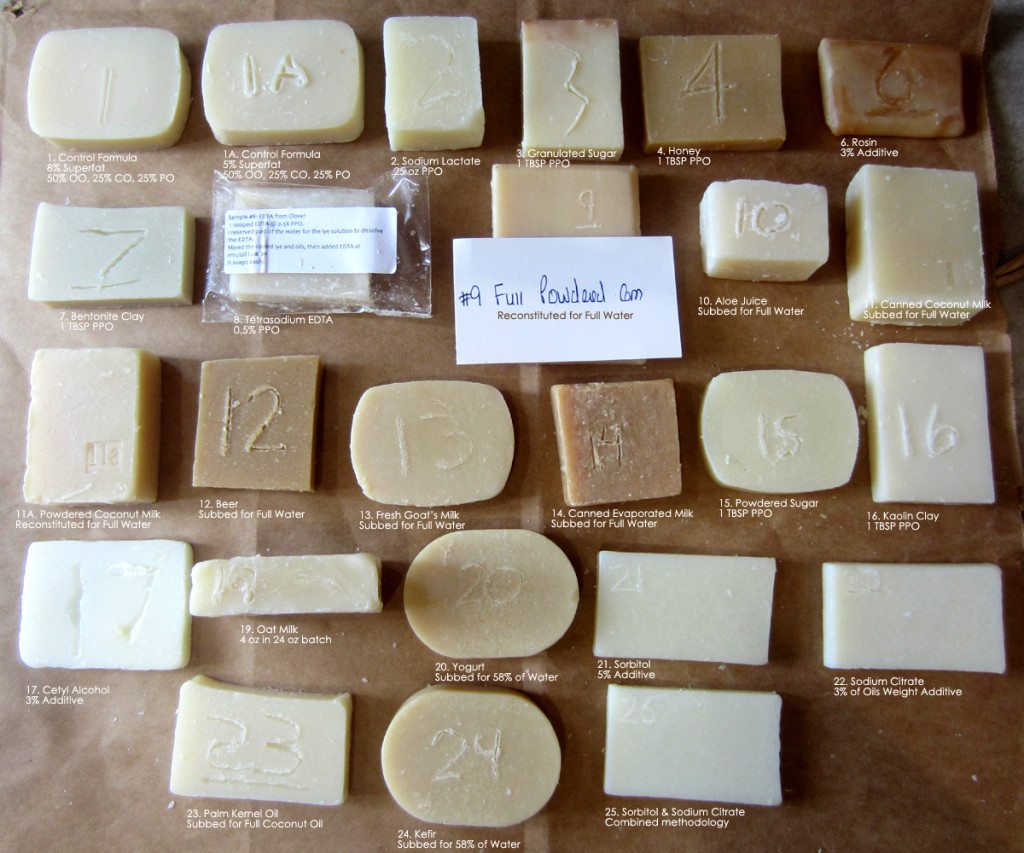 We tested the following additives, as listed below:

I cataloged all of my results via my Flickr photostream. Included in the photostream is the base formula, additive usage rates, and lather testing results with 10 and 20 seconds of at the sink usage.

Shannon from Scenter Square also took a video of her sink tests and posted them on her YouTube channel, if you'd like to see real-time results.

Over the weeks (in between other testing and formulating), I've been working through more rigorous usage of the samples to get a better feel for how the additives affect the formula itself. Does Rosin make a formula more drying? (Yes!) Does Palm Kernel Oil substitute for Coconut Oil make the soap feel different? (Not by much!) Do animal proteins, like those found in Goat's Milk or Yogurt, make a formula more moisturizing? (Varies!)

In a few months, I hope to share more extensive results when I get through with testing!