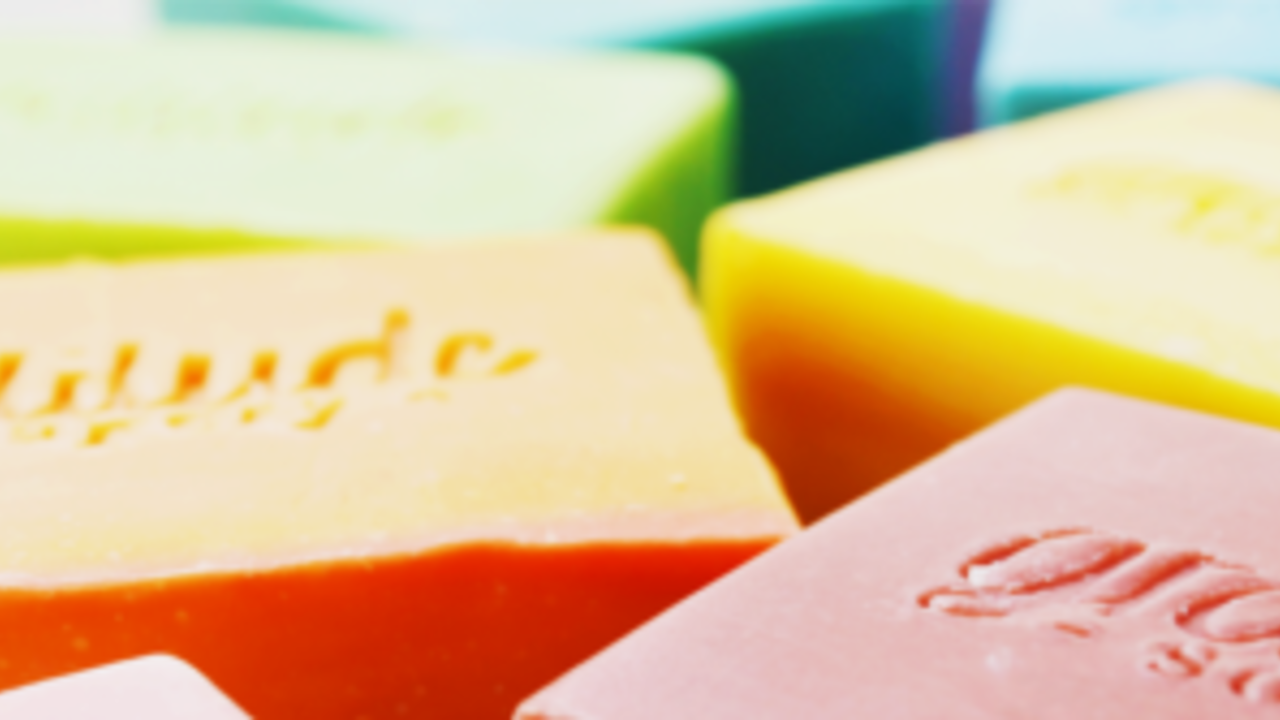 When I opened Give Gratitude, I didn't really know what to expect. I didn't know how many applications were going to come in, or if anyone else was as passionate as I was when I started Gratitude Soapery about making a difference in the world as a soap maker and solopreneur.

I had a lot of plans for Gratitude Soapery laid out over the coming year, but absolutely no time to implement them.

What if no one applied? What if I didn't feel a connection to any of the applications? What if no one had the same big vision for Gratitude that it no longer made sense to pass hands?

I realized I had nothing to lose. If I didn't Give Gratitude, I was going to close it and it's not in my cards for at least a few years. I have a huge project I'm working on for Modern Soapmaking and my family's life, and Gratitude Soapery didn't fit in. 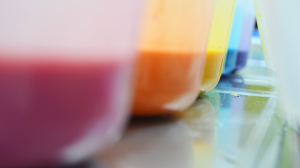 It turns out, lots of people applied. (Over 70  fabulous peeps!)

And I felt connected, encouraged, and inspired by so many of the applications. I'm thrilled to say dozens of people had a big vision, some an even larger vision than I ever had. I had such a difficult time just narrowing it down to five finalists.

Due to the absolutely overwhelming experience of going over the applications, I decided I needed to do more. So, in October, I'll be hosting a free webinar to help everyone incorporate social good into business. (I hope I'll see you there!)

As the advisors went over the final five applications, and chatted over who would be their pick, I found myself extremely lucky to have their opinions and votes of confidence behind the decision. I don't know if I could have ever made the decision on my own! So, a huge round of thanks to all of the advisors for helping me reach the end!

A couple days before October 1st, the advisors reached a decision and I've been bursting at the seams to share with you all. Are you ready? 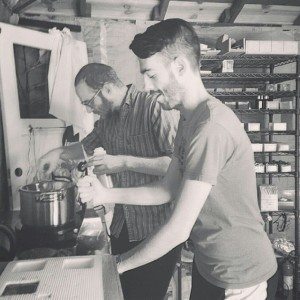 Preston & Tyler in their Soap Studio

Preston & Tyler are currently known as The Studz behind Sudz by Studz. There are so many unique things about these two guys!

For instance, Tyler might look a little familiar... He was a contestant on the first season of NBC's The Voice (and has a such a great voice!) And Preston? He's academically trained in philosophy.

And the two together are a powerhouse as full-fledged partners in crime (in work and life - which is no easy feat!). Top that off with being two dudes in a predominantly female industry... they stand out.

I want to share a couple snippets from their application, because it wasn't just their unique personalities that landed them the gig:

What piece of advice would you give yourself 10 years ago?

Our best advice to ourselves a decade ago would be to worry less about the things we have no control over and to spend more time enjoying things as they are. Also, we would tell our younger selves to be happy about the things we did not receive that we thought were necessary for our lives. That is to say, sometimes it is a bigger blessing to get what one doesn't expect or want. 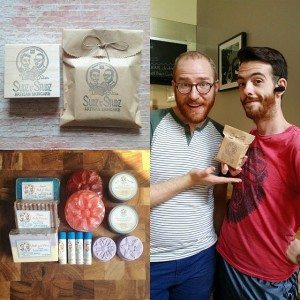 What words of wisdom would you offer an aspiring entrepreneur?

First, we would recommend that they keep a thorough going checklist for both personal and professional responsibilities. Second, we would suggest that they wake up every day with the intention of accomplishing at least one more task than they were able to complete the previous day. Lastly, we would advocate that they find ways to celebrate their accomplishments, no matter how small or large, at the end of the day.

They already have extremely heavy involvement in making the world a better place, and have such a unique set of skills and abilities that have helped them grow their own soap company into what it is today. The plans and ideas they have for Gratitude going forward are BIG, BIG, BIG.

I am beyond excited to see how Gratitude Soapery shapes up with their hands at the steering wheel!

Want to know more about their plans for Gratitude Soapery? Guess you'll have to stay tuned and keep an eye on them! ;)

For now, make sure to stop by and say hi via Facebook, Twitter, or Instagram! In the mean time, the three of us are diving into transitioning the company and getting our mentoring sessions planned out. If they let me, I'll definitely be sharing more in the future! 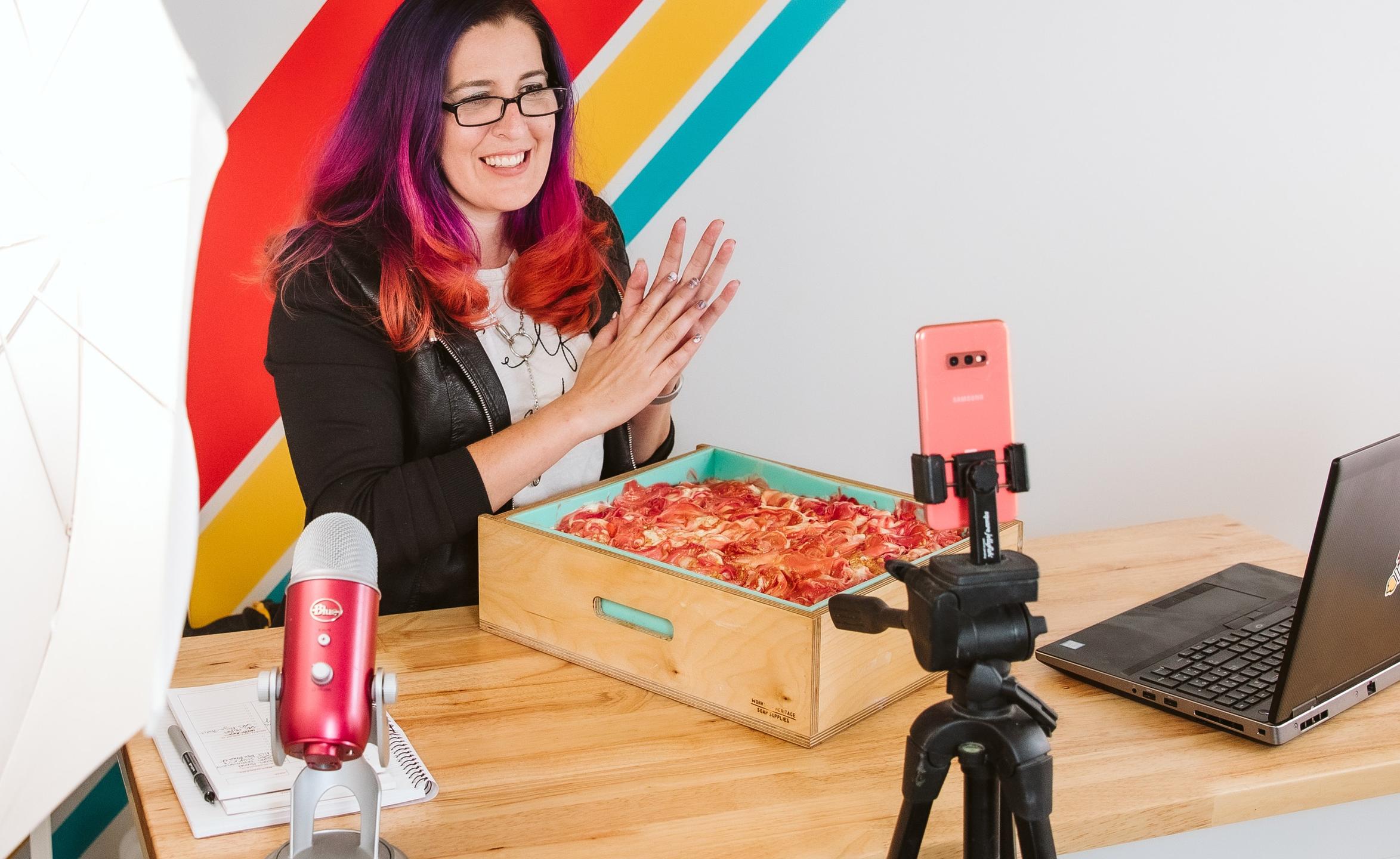